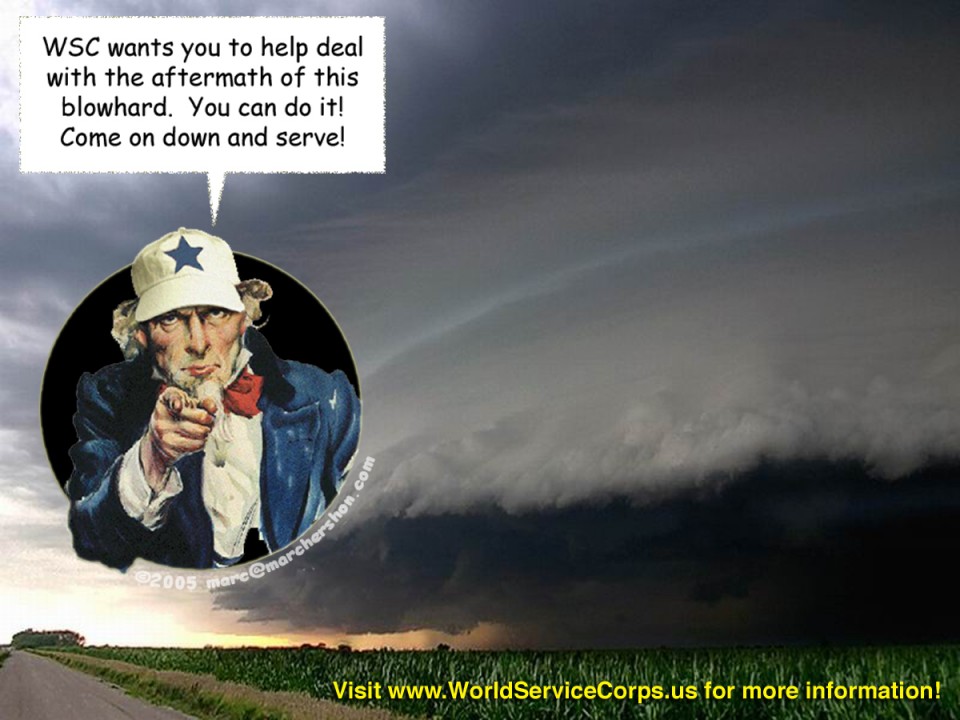 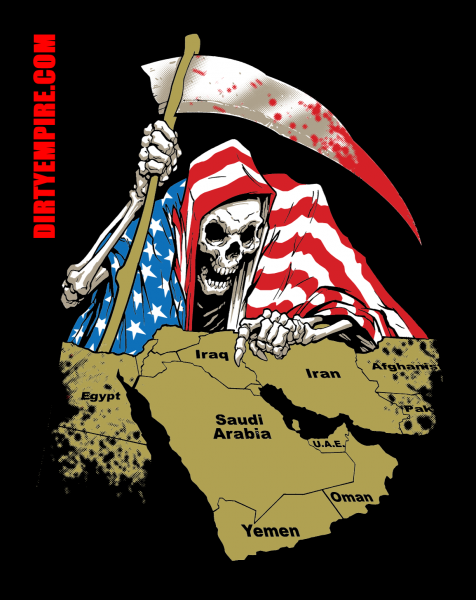 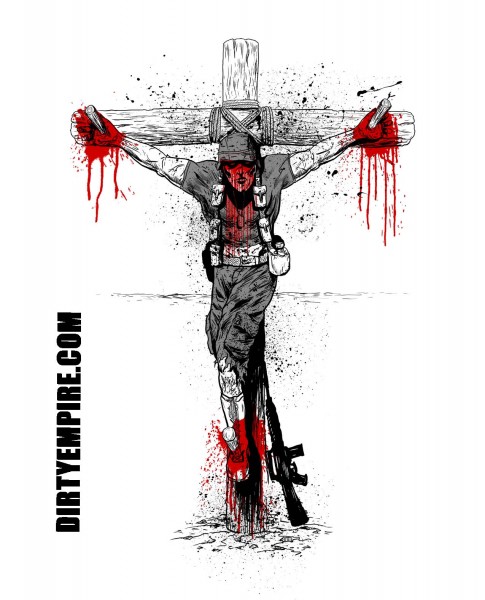 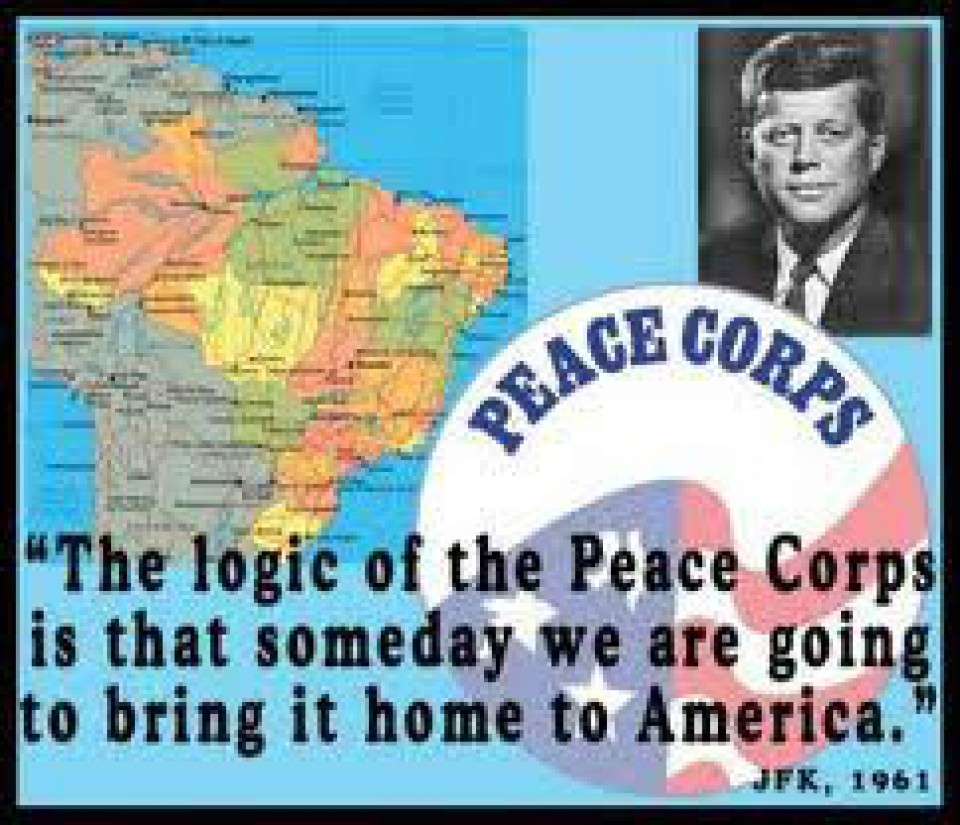 Isn't it time to go BIG? 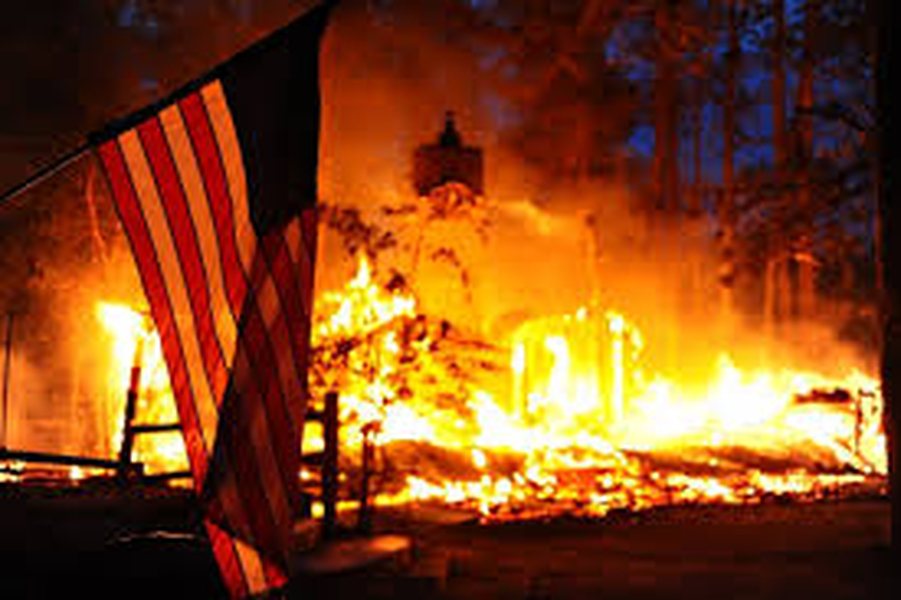 Slowly rebuilding 3 web sites into a People’s Lobby portal. Be patient, or help.

This  People’s Lobby Inc. (PLI) web portal was inspired by the work of  Edwin and Joyce Koupal, founders of People’s Lobby, pictured here in a Los Angels Times Editorial.

How do we build this AWSC National Service program?

Not by starting big new programs,  but by  sending a million “involved Americans” per year for a generation to already existing do-good platoons. such as: 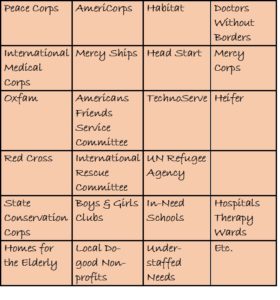 In addition to the desire to serve one’s nation and world, here are some incentives linked to the proposed AWSCNS law that should inspire proud Americans to serve: 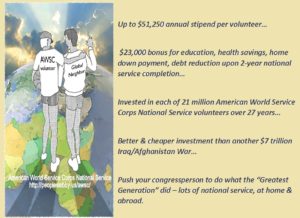 Had this been enacted shortly after People’s Lobby started pushing it around 2005, we would have stifled the spread of Covid-19 more quickly and cost effectively.

How  can this ambitious, visionary , cost-effective investment in Americans be done without taxing any Americans, but instead relying on donated investments from our 680  billionaires and some multi-millionaires?

Here’s a pictorial hint, with more details coming out  at our Financing AWSC page:

Build on the Gates Buffet Giving Pledge so that billionaires during their lifetimes can fund this with a minuscule percentage of their wealth.

Promoted in the  AWSCNS proposal are joint Peace Corps, such as People’ s Lobby Inc.’s (PLI) proposed US-Russian Peace Corps.  Here you will also find PLI calling for the reintroduction of  Congresswoman Boxer’s HR 1807 of 1989, which PLI influenced  now Senator Boxer to introduce.  The world needs it to be reintroduced — and PASSED.

Presidents Trump and Putin want US and Russia to get along.  Imagine how well both nations will get along if tens of thousands from each nation serve, work, and room together as joint US-Russian Peace Corps Volunteers for a generation.

With the Peace Corps as a  cornerstone, JFK started leading the world  to a healthier and saner future. We’ve wasted a lot of time since his strange passing.

This under-reconstruction web portal will also have projects undertaken due to PLI’s influence and serves as the site for PLI’s history, work, projects, as well as some of Dwayne Hunn’s work, etc.

If you can’t find something you earlier found at those above sites,keyword search some of the rebuilt links and you may find what you wanted. Thanks for your patience.

Try the social icon links on this page for more information.