Six + years of teaching at high school, college, and Owner Builder Centers.  Reported by high school students to have twice been voted Teacher of Year, but administration cancelled awards.  In tenure year, a John Bircher influenced board and administration tried to fire me.  Reinstated and reputed to have been only the third teacher in California history to win a non-tenured dismissal case.  College teaching at Citrus College, Dominican University, and University of San Francisco. 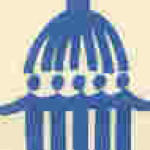 Wrote, sponsored, and continue educating and lobbying for passage of People’s Lobby’s  American World Service Corps (AWSC) Congressional Proposals, which had and lost introducers in the 110th & 111th Congresses; and Fair Tax Bracket Reinstitution Act (FTBRA).  More info www.WorldServiceCorps.us.  If passed as written, the AWSC will be among the most significant legislation passed in decades.  For video overviews, click to Comcast Cable Local Edition’s or Mel Presents .

Peace Corps buddy and I formed Recycled Building Company in California’s North Bay that allowed me to hold on to some fixer-uppers as rentals.

Youngest management member of Governor Jerry Brown’s CCC start-up team.  Environmental and skills training, project development and oversight, counseling, headquarters and in-center management, statewide project analysis.  After turning around the CCC’s model Escondido Center, which was in riot mode, a poorly chosen management team tried to fire me prior to expiration of my probationary employee period.  I won the case, reinstatement, back pay, and helped replace the Peter Principled management team, while being told I was only the third California state employee to win a probationary dismissal case.

Worked closely as crewmember with mentor and friend, Glen Speer, in establishing his then Lollop Construction Company in St. John, Virgin Islands.  Today his St. John’s Mongoose Junction is one of St. John’s favorite tourist destinations. 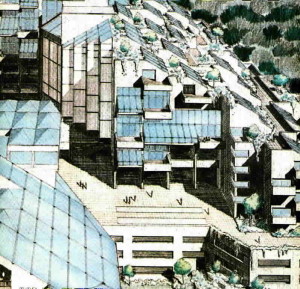 The nurses said, “Find her a home.  She’ll be a vegetable the rest of her life.”  Working my mom back to a semblance of independence were the hardest, most draining, most lovingly sad seven years of my life.  http://dwaynehunn.biz/mom.htm

Public Affairs Director for Television Center at San Francisco State.  Produced & hosted 36+ TV & Radio Shows.  News writer for Deer Communication/24 Hour All News Cable TV attempt. Some writings at http://www.worldservicecorps.us/coverage.htm  Books:  Co-authored ORDINARY PEOPLE DOING THE EXTRAORDINARY, The story of Ed  and Joyce Koupal and the initiative process.   Ralph Nader listed this  book among his Top Ten Books to Read for 2009.  Second book, Every Town Needs a Castle, especially when built of junk and spunk, is filled with feats of can-do, adages, and humor.  Hopefully, it is a prelude to Every Country Needs a World Service Corps.

If 8-9 pictures are not showing, go to http://dwaynehunn.biz/consulted%20on.htm  and click on link to the left that says “Resume08”.